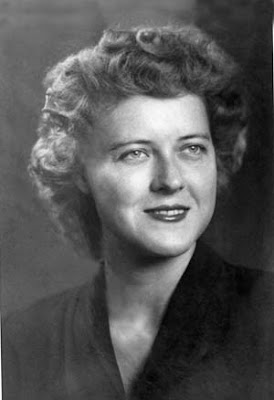 There are places I go in my dreams, when I can't get there in real life. If I close my eyes, I can leave the home of my childhood in the tiny little town of 500 people, cattle and oil, in southwest Wyoming, and wander two blocks up the street to the corner where the drug and hardware store were, turn left down the main street, past the post office and library, the florist, and the old Gaiety Theater, and turn right at the grocery store, Burney & Company. The main street, the only paved road in my childhood, makes a couple of switch turns until it comes to the place where I went to high school.

And right across the street, was the Scherbel home.

The Scherbel home was the first home I remember being in as a child, other than my own, and my grandparents' next door, growing up in Big Piney, Wyoming. Paul Scherbel was the County Surveyor, and he and his wife, Rachel, had four children, a son Paul A., daughter Annette, and two sons Scott and Marlowe who were closer to my age. Rachel and my mother took turns babysitting for each other when I was younger, and I would go over and stay and play with Marlowe in their enormously warm, comforting and fascinating home, central to which was a wood-burning stove in the kitchen. It was the first wood/coal-burning cooking device I'd ever seen in a kitchen, since we cooked with gas. There was a comfy banquette in the corner of the room near the stove, and conspicuously absent from the home was a television, any television. As children we knew that the Scherbels didn't eat cold cereal like lots of other kids did, and they didn't watch, or own, a television. But somehow we didn't really feel sorry for them, because they were extraordinary kids. The boys were all Eagle Scouts, exemplary in the community, and leaders in school. The home was well furnished in rust-colored wool carpeting, built-in woodboxes in the livingroom, board games and books and puzzles, things to keep us occupied well into the night when the youth would gather for the end of a progressive dinner over the holidays. They had a wonderful oversized swingset in the backyard, and Annette would push me and Marlowe higher and higher in the swing, overlooking river, and cottonwoods in my mind's eye, ladybugs everywhere. Across the lawn, just steps away, was the surveying office, filled with maps and charts, the smell of mimeograph ink and work, to delight a child's imagination.

In the kitchen were peanut butter and honey sandwiches, glasses of milk, tomato soup, stepstools to be pushed when no one was looking, corners to explore in a child's free time.

The Scherbels are firmly fixed in that childhood memory, from birth through college, swimming trips to Jackson Hole and the Hoback, church trips to Salt Lake City, sitting between Paul and Rachel in the front of their car, dozing off, on the way back from Utah, or riding with Scott on the way home for the weekend from college, hitting a steer on open range on the Cumberland Flat late at night in a Ford Torino, wrapping chains on tires going up Emigration Canyon in the snow, having lunch in Jackson, ending up with Scott in a hospital with tick fever, riding on the back of their tandem bicycle, watching Scott play chess at Scout Camp near New Fork Lake, singing with Marlowe in church about the hills of Tennessee when he returned from his mission there, making homemade ice cream with rock salt in their ice cream freezer, waiting on the steps of the church for Mutual, or getting up at the crack of dawn for early morning Seminary. Which their mother taught.

There was a funeral earlier this week in my hometown of Big Piney, Wyoming, which I wanted to get to, but couldn't, so I'm going there in my dreams.

That funeral was for Rachel.

As much as anyone growing up, Rachel was enormously good to me. Of course, like most children, it took me years to fully appreciate it. As a Seminary teacher she was extraordinary, knew her material, and every morning just after six o'clock. we were all huddled together in the chilly linoleum floored meetinghouse to study it. Now that I think of it, we should have had Seminary in their home; more kids would have attended. But the handful of us high school students who did attend learned a lot from Rachel, more than Scripture Chase, more than the history or theology of the church of our pioneer ancestors.

I think of Rachel always with her fashionable wing-tip heels and pumps, far too fashion forward for rural Wyoming, and her crisp suits, her Katherine Hepburn/Annette Bening good looks, and her New England sensibility. She'd occasionally substitute in the schools when one of our regular teachers was sick. I remember her being a frequent fill-in for my English teacher Harvey Graham. She knew her stuff. She knew how to keep a classroom in order. She commanded respect with her copper well coifed hair, her striking features, her presence.

I knew she had a brother who was a physician in Salt Lake. I'd visited their home once with Scott when for some reason we couldn't get anywhere else. I knew Rachel was well educated, had studied and taught outside the area, places like Cornell, the University of Vermont and the University of Utah, and had a view that extended beyond Big Piney, where her husband Paul N. was frequently mayor, or Sublette County, where they were both well respected, or even the western slice of Wyoming, where their hands and tools had touched much of the landscape, measured and charted it. Other people we knew had worked for Surveyor Scherbel, people like Rulon 'Shrimp' Woffinden and Maurice Zardus. When Annette married, her husband Bob Priddis came to work for Surveyor Scherbel, and later, Scott and Marlowe returned to work with their father as well. Now everyone is gathered back in the area, from Star Valley to Big Piney, continuing the legacy, a legacy that at last count includes 32 grandchildren and 42 great-grandchildren, who combined can speak over 17 languages, and who came to a little church in southwest Wyoming earlier this week to honor her.

I will miss Rachel. And I must pay tribute to her. I don't think of her as much older than I am now, a woman permanently frozen in my mind between her thirties and her fifties, striding confidently into church, well groomed, head held high. Paul N. always made sure everyone found a seat in our little hodgepodge of cold metal folding chairs and hymnbooks, then took his place comfortably in the rear to survey the congregation.

When I was younger, Rachel showed me books to read, and gave me odd jobs, like cataloguing them at the church library, to make extra money in a family where money was a more precious commodity than I at that time realized. She'd come frequently to my grandfather's house to borrow the odd book from him that had been acquired at Sam Weller's Bookstore in Salt Lake, or pick his brain. She'd send me notes of encouragement growing up to help me stay focused on what was important. She gave me a copy of 'W' magazine that had the most obscure article on "Quality" in it, and the notion and meaning of quality as it related to aesthetics. That single act had a more profound influence on me than most people will ever know or appreciate, as it came at a time in my own formative consciousness where being able to discern things of quality, and sharpen a critical eye, was important. Wool carpet. Parquet floor.

Rachel was a person of quality, a force of nature, a beloved wife, a revered mother, a cherished grandmother, a treasured friend, mentor and teacher. She will always remain in that place in my dreams, making ice cream, and sandwiches, walking into church, or school, arms around us all.
Posted by kathy riordan at 7:36 AM

There are times when people's common kindnesses are most "uncommon". They touch the future with their kind heart, decency and who they are.

I just wanted to thank you so much for sharing your thoughts. Your family has touched our lives for good in so many ways. I am so glad to see you are happy and doing so well. You have a great talent of expression and described Mom so well, it brought back even more memories. Memories are what we are really cherishing at this time. Love, Annette

I was sorry to see that Paul died Thursday, October 22, 2015, the day after his 98th birthday which he had just celebrated with family. Love to the entire family. He will be missed. 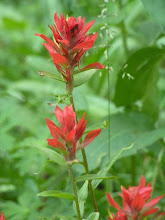 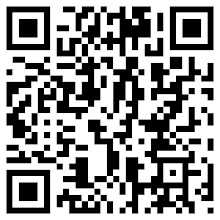